As anyone who has spent more than an hour or two driving around the box at NTC knows, it can be pretty damn easy to get lost in the desert, especially at night under blackout conditions.  After 3.5 years there, I got pretty good at knowing my way around the box but during each rotation there was always at least one or two times where I would get turned around and have no idea where the hell I was.  For my, my lifeline was a personal GPS device as well as a JCR mounted in my truck.  Both of these systems, like your cell phone and countless other devices depend on the Global Positioning System to tell the device where exactly it is on the globe. 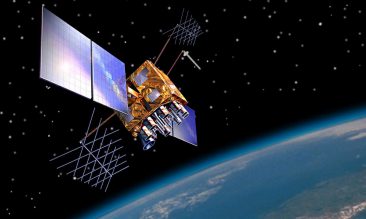 About a year or so before I left, NTC started trying to simulate for units what it would be like to fight in an environment where GPS was not available.  I remember one instance where an unlucky new OC/T got lost in the desert during a jamming event came across the radio to ask for help.  Their reply when asked where they were was “Under the moon.”   It is no secret that GPS is fairly easy to jam.  You can easily go online and buy a device (they are illegal in the US) that will block GPS in a relatively confined area, but even that jamming can go much further than intended.  In 2013 a truck driver was trying to keep his boss from tracking his location so he bought a jammer.  The only problem….he frequently drove near Newark airport and caused a lot of problems for the GPS assisted landing system (Read the Story).

Many of our Enemy’s have advanced systems that are a lot more effective than this.  The Foreign Military Studies Office at Fort Levenworth in 2016 published a 2016 Russian news article where a representative from the Russian Defense Ministry reported that they had GPS jamming devices mounted on 250,000 cell phone towers (you can read the entire article here).  And then today I was browsing my feed on Facebook when I came across the the story “Mass GPS Spoofing Attack in the Black Sea” where something was interfering with GPS signals that caused multiple ships in the Black Sea to report their position being up to 35 miles inland even though the GPS reported no problems with the network.

My point is (and I am being very careful with what I say for a variety of reasons), if/when we go to war with a major nation state (i.e. Russia, China, Iran, etc) you can expect them to have the technology to make GPS pretty useless.  If some truck driver can cause an airport problems for only $100, what can a country do?  Take some time and think about what that implies for us.  Not only does it mean us getting lost in the desert but can cause problems for a variety of systems.  Precision bombs use GPS to know where they are.  Communications systems use GPS to provide timing to the network.  Do some research.  There is a ton of open source info out there and even more on other networks.

5 Responses to “Where the Hell am I?”