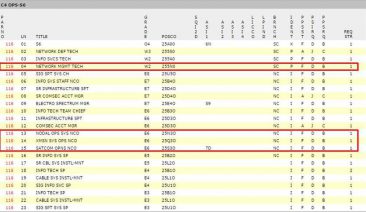 Do you have everyone that you need (or would like) to complete your mission?  If you are like pretty much everyone in the Army, the answer to that question is no.  Rarely does a unit have everyone assigned to it that they are authorized and even in the case that they do, you still have people pulling guard, on profile, or whatever.  The short answer is that we never have enough people to take care of all of the tasks that need to be completed which is why it is critical that we effectively manage how we use our personnel.

According the standard MTOE for a HBCT, the NETOPS section within the S6 is authorized:

This means that even if you manage to fill all of your slots, and not have someone get stuck on guard duty or get broke, you only have five people to complete every task required of NETOPS 24/7/365 when you’re deployed or in the field.  That is a tall task.

The JNN team is comprised of a total of 10 Soldiers (3 JNN operators, 3 STT operators, and 4 HCLOS operators).  During the initial setup/teardown of a site, all of these personnel have obvious jobs that they must do but once the site is established and communications are working, what these operators are doing is less clearly defined.  Yes, they need to ensure that their equipment is operating properly as well as conducting maintenance on it (they are doing that right?), but is that really a fully time job?  I often walk around and open the door to the JNN to find an operator either passed out or in there messing around on the Internet from the management work station.  My favorite example was an STT operator I found sitting on a chair next to the STT whose job it was to watch the system (I guess in case it started to roll away).  Is this really the best use of these Soldiers? 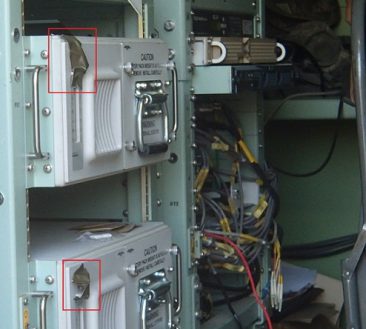 Even if we have something for the operator to do on the system, is doing it from inside of the shelter really the best place for them to do it?  Consider this for a moment.  In the field Soldiers generally have a fair bit of gear attached to them (IBV, pro mask, weapon, ect.).  There is a considerable amount of stuff within the JNN that can get snagged on this equipment resulting in system damage.  In one rotation a while back the JNN operators accidently turned up the shelter UPS so many times that the team chief finally taped over the switch.  When I was growing up as a SEN operator, we had to work inside of the shelter because there was simply no way to remote anything out (not that there was much for a SEN operator to do on a daily basis).  With JNNs though there are few things that can’t be remoted out (truth be told, about the only thing I can think of that you have to do from within the shelter is load crypto).

Both of these things beg the question of what to have these operators do, and where to do it.  I always encourage Net Techs to grab these guys and integrate them into NETOPS.  Just by moving the JNN operator into the S6 with their laptops, you instantly have another trained Soldier who can help monitor the network (something they are supposed to be doing anyway), troubleshoot problems, and manage the day to do operation of the network.  Also remember that now you have additional people that are around that you can closely work with on a daily basis to help train them to the next level.  This means that when the 25N within NETOPS PCSs, you have a natural replacement to pull from.  Likewise, you have additional personnel and experience to pull from to help back up the 25S and 25Q already in NETOPS.  This can be valuable when someone is sick, goes on leave, wants to go to sleep on occasion, or has some other mission that they have to do.

Often the sticking point to being able to implement this solution is the Signal Company Commander/1SG.  The company is small to begin with (I often refer to it as the Brigade Signal Platoon because it’s not much bigger than an old MSE platoon was once upon a time).  Once the company has put their people out on retrans sites, detached a JNN to support the TAC or BSB or wherever it is, there are few people left to take care of things besides the JNN team.

I have found that the best way to go about this is to talk to the Commander and 1SG together along with the Brigade S6.  Make sure that they realize that you are not trying to hijack their company (any more than you already do) and that they will still be fully responsible for managing their people.  We are not looking to take control of the JNN team (any more so than we do normally as part of running the network) but are instead asking for them to pull shift within our tent and to be able to utilize their talent and skills to help manage and troubleshoot the network.

I have seen one instance where this idea didn’t work out as planned.  Rather than talking to the Signal Company Commander the S6 instead went directly to the Brigade XO and had the integration ordered.  While the S6 and Net Tech got what they wanted (the JNN team was working within NETOPS) however it completely soured the relationship between the Signal Company and the S6 and created a lot more problems overall than it solved.  I would encourage you not to do this and only in an absolute worst case scenario where having the additional personnel is critical and you have already tried to approach the company should you take this approach.