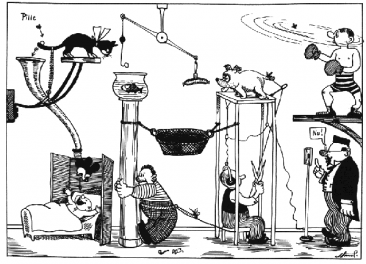 Imagine this scene.  Two doctors are washing before performing a very complicated operation on a patient.  “So we’re going to conduct a stealth insertion of ourselves into his right thigh.  Then I will reach in and place a blocking position on the blood’s avenue of egress.”  The other surgeon looks at him wondering if he is high.  Sometime later the patient dies.  Or another scenario.  A couple of nuclear physicists are describing the start of a nuclear reaction…. “The first neutron passes the LD and engages enemy position.  The enemy position is destroyed and the damage is extensive enough to cause an adjoining position to catch fire.  When the ammunition in that adjoining position explodes it takes out another position…”

You may wonder why the hell I am bringing up these hypothetical conversations.  I think most of us would scratch our heads if we heard them.  The reason why is because this occurs each and every day.  In 2015, I wrote an article titled “Translating Geek to Grunt” where I talked about how signal people had to be able to talk to the maneuver guys (aka the boss) in terms that he could understand.  I made reference to ARDP 1-02 and other publications that serve as the “dictionary” for the Army.  What I said in 2015 still stands today.  Just as we must make sure there is a way to translate for us when we meet with our German allies, we must also make sure we have a way to translate to our boss.

But let me ask another question.  If we have to be able to translate to German eventually, does that mean we should be doing our internal planning in German too?  Of course not, but I see this exact situation every day at my office.  I think we can all agree that signal and even more so cyber are both very complicated fields, each with a “language” all of their own.  While there is no Webster’s dictionary to tell what is and isn’t an actual valid word, there are plenty of terms whose meaning and use is fairly widely accepted across the industry.  When we work with civilian agencies and companies, their professionals are very likely to be familiar and understand these terms and since the vast majority of cyber and signal related professionals are outside of the military (compared to the combat arms guys) it is important that we use the accepted. 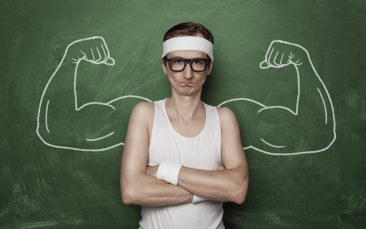 This means that when we are working with other technical people, we should be using the common accept language for that field instead of something that we are trying to already translate ahead of time for our boss.  Let me give a real world example.  Using the word “observation point” instead of “sensor”.  First of all, sensor is an accepted military term but never mind that point.  If I am meeting with a representative from Cisco, Microsoft, or even Paul’s Computer Shop and I tell them we are going to place an observation point on their network, they are not going to have a freaking clue what I am talking about.  Another one that I love recently is replacing the word “firewall” with “blocking position”.  Huh?

Another problem is just like other languages around the world, there are often times where there is not an exact translation.  Have you ever seen the stories of products imported from Japan or China that didn’t accurately translate the product into English?   The same can happen in this case.  There are numerous instances where an Army term doesn’t translate into what the same Joint term means, even though by regulation we’re supposed to use joint terms where possible.  Which do we go with?  Likewise, within the Army we have multiple meanings for the same term.  Take for example the term “destroy”.  According to FM 3-07 the term destroy as it relates to field artillery means the “destruction renders a target out of action permanently, or ineffective for a long period of time, producing at least 30-percent casualties or materiel damage.”  So if an artillery piece takes out 30% of a target, they have destroyed it.  However FM 3-90-1 defines destroy as “A tactical mission task that physically renders an enemy force combat-ineffective until it is reconstituted.”  By that definition does killing 30% of a force mean it was destroyed?  Now how does that translate into cyber?  What does it mean to destroy the enemy?  Does that mean I have to physically kill the operator on the other keyboard (possibly in theory I guess but not at all likely).

One final thought.  Each year the military spends likely hundreds of thousands of dollars sending their Soldiers, Sailors, Airmen, etc. to civilian training (remember just a single SANs course for one person costs $5k+).  Those course by their very design are teaching industry standards, including standard language.  Why are we going to spend that much money simply to throw it away as soon as the student walks back into their office?  As a cyber/signal professional, I try to use the common language of the industry, especially when meeting with others from within that industry (both military and civilian).  These are accepted terms, with accepted meanings.  It makes absolutely no sense to me to try and reinvent the wheel with terms that are going to make you lose credibility instead of gain it.  As I said before and we have all heard countless times before, when you are talking, you have to know your audience.  If they are cyber professionals (both in or out of the military) then it is important to talk to them like that.  If they are tankers or maneuver guys, then adjust your language to make sure that they can understand.